The term ‘Glossophobia’ is defined as the fear of public speaking. It is believed that nearly 75% of the population worldwide experiences... 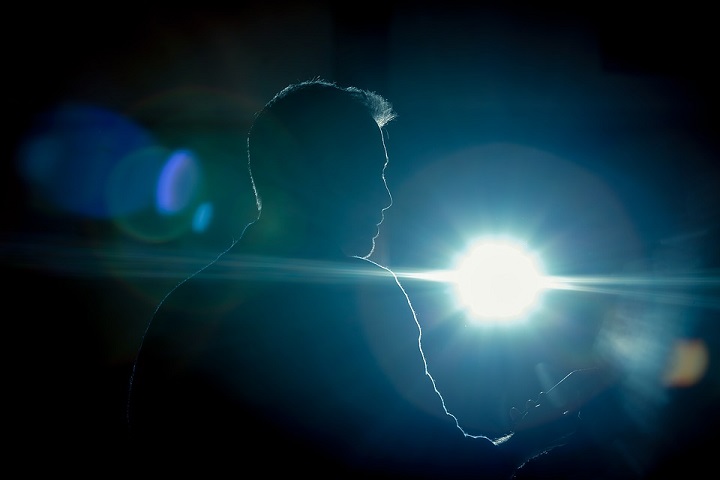 The term ‘Glossophobia’ is defined as the fear of public speaking. It is believed that nearly 75% of the population worldwide experiences the phobia to represent in public.

Unfortunately, this very common fear of speaking in public is rated even higher than the fear of death. Most people with this phobia try to avoid speaking on stage or such platforms and if they have to, they end up with shaking legs, nervous voice and anxious breathing.

The reason for your constant failure in public speaking might lie behind the reasons for your fear of representing yourself in front of an audience.

Technology is a growing business domain with a lot of opportunities in the future. It is mandatory to be a public speaker if you wish to achieve considerable success in the field.

Here, we will be discussing the top ten fears of public speaking and the reason that it happens:

Making mistakes is the most natural thing which makes us human. But, the fear of making a mistake while delivering the speech often leads to a sense of embarrassment.

This fear of embarrassment is often a byproduct of low self-esteem. The fear of rejection, being judged and getting embarrassed can approaches you instantly, if you believe that people think of you as a stupid or some non-relevant personality.

To believe in yourself and preparing well is the key to overcome your fear of rejection.

When it comes to public speaking, the concern of being judged by the audience is one of the major and common fears that often scare people.

The public wishes to extract something out of your speech and presentation. They don’t care about you and your body.

Well, it might sound funny or ironic but, most people even fear of looking fearful in public.

It’s quite easy to believe that if you will appear nervous in front of the audience they will judge you and might consider that you are not prepared or are not capable of delivering your thoughts efficiently.

However, that’s not the truth. Consider yourself as a part of the audience. Now think of the nervous speaker, will you be judgmental about them or rather feel sympathetic about it?

You will be polite and empathetic for sure. The similar expression other people in the audience will have for you while you are speaking from the stage.

Fear of Past Failures

The fear and anxiety of public speaking are said to be a learned behaviour. The seed of stage anxiety might be planted in your head from your childhood failures or reparative failures at present.

The memories from the past failures might make you uneasy and let you believe that you will fail again. Instead of training your mind towards negative thoughts you should believe in yourself, prepare your speech well and hope to succeed.

Fear of Guiding The Audience

Public speaking is a set of responsibilities that might scare you and make you panic while representing on stage.

While speaking, you have to lead the audience, represent your team, company or business; all these heavy thoughts might put you under stress and lead to the anxiety of public speaking.

The only key to overcome this fear is to feel confident about yourself and believe in your words. Instead of thinking of public representation as a burden, think it as an opportunity.

Fear of Facing The Competition

The struggle of survival and competition is an inevitable part of life. Yet, certain people frighten when it comes to competition or proving their skills over others.

Fear of losing, getting poor results, fear of failing to meet the expectations all these fear of competition ultimately, lead you to withdraw from public speaking.

To beat your fear of competition, you need to make yourself understand that competitions are normal and anticipation is your first step toward winning whereas quieting without even trying is the true failure.

If you are in public to make your business recognized or sell your product the stress of making your deal a success might get you nervous and anxious.

Most entrepreneurs whether from large or small business backgrounds face this fear once in a while. But, the good news is that this fear of selling or promotion can be overcome by training, practice, and confidence in your product.

If you find it hard to stand in front of a group of people or mass it might be because of social anxiety.

Social anxiety disorder is a psychological disorder where a person fears to be in public or scares to approach people in mass.

If you like to be alone and social gathering brings anxiety to you, it might be possible that you are suffering from a social anxiety disorder which can also be the reason for your stage fear.

Feeling uneasy about your looks, body, dressing style and postures might lead to a fear of public speaking in you.

If you feel conscious about your bad breath, gestures or doubt your communication skills, this will surely lead to awkwardness between you and the audience.

Though, working on your body language and dressing style and communication skills might boost your mind with confidence and diminish your fear of public speaking.

There are numerous fear that can make you panic while representing your speech in public. However, analyzing your fears, accepting them and then correcting it can help you overcome the biggest nightmare of your life.

Lack of Knowledge About the Topic

Make sure that you have the due knowledge about the concerned field before you step on stage.

For instance, if you wish to be a public speaker in analytics, you have to be well acquainted with the business domain and its working in order to make an impact on stage.

I write on SEO, content marketing, latest technologies, and social media. You can find me online, or at home watching sci-fi movies, listening songs, or sleeping. In addition, my latest obsession is creating, collecting and organizing visual content on my new blog - Infopixi, to help bloggers, marketers, and businesses. Profile
1