Note: This is a guest post by Kenny Trinh, he is managing editor of NetBookNews. The author’s views are entirely his own and... 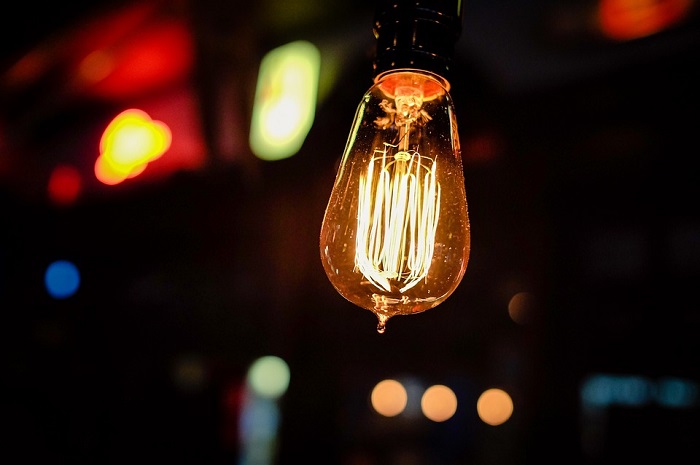 Note: This is a guest post by Kenny Trinh, he is managing editor of NetBookNews. The author’s views are entirely his own and may not reflect the views of Deepanshu Gahlaut’s Blog.

With millions of technological advancements that we use today, did you know that some of these are ridiculed or were tagged as a sham?

Yes, the craziest ideas coming from renowned inventors weren’t accepted by others instantly, they have doubts, others even call it a fad. These inventions in our list are deemed to be failed but we are using it every day today.

So, if you believe you are developing a path-breaking idea but you’re having second thoughts because of some so-called “experts” laughing at it.

Keep going at it!

You’ll never know your invention would be so useful that it would be ubiquitous one day. Even these ordinary people from India had amazing inventions.

Alexander Graham Bell was the first inventor to be granted a patent for the telephone in 1876 and earned him the title “Father of Modern Communication”.

Bell approached American communications company Western Union and offered them the rights for his patent for $100,000, Western Union, however, saw no value in it disregarding it as a “toy”.

So Bell decided to establish the Bell Telephone Company in 1877, which resulted in over 150,000 people who were proud owners of telephones in the USA in less than a decade. And now we use the telephone almost every day.

John Logie Baird’s invention in 1992 was tagged as “a development of which we need waste little time dreaming” by Lee De Forest, an American radio pioneer.

The inventor of the vacuum tube who had aforementioned views about Baird’s invention in 1926, now we use Baird’s invention almost every day, and we call it television or TV, the source of entertainment for most people nowadays.

Prominent mathematicians believed that we had reached the pinnacle of achievement in terms of computer technology when the world’s first stored-program computer, the Small Scale Experimental Machine made its debut in 1948.

But Ken Olson, founder of Digital Equipment Corp and other skeptics stated that “there is no reason anyone would want a computer in their home”.

Well, a computer would take up an entire room back then and no one has imagined the way computers would go on to transform every aspect of our lives.

Now we can’t think of any home without a computer be it a laptop, desktop or an Ipad.

The invention of the Telephone made some side comments that a wireless version could be invented, but even Motorola underestimated the potential of its invention.

But not until John F. Mitchell and Martin Cooper of Motorola demonstrated the first hand-held mobile phone that is weighing 2kg!

“Cellular phones will absolutely not replace local wire systems. Even if you project it beyond our lifetimes, it won’t be cheap enough” but look at our cellphones now it is smaller than ever and more capable, most of us rely on our cell phone nowadays.

Who could have imagined being able to send data without a physical courier? Even the brightest minds in science couldn’t fathom the possibilities of instantaneous transmission of data.

The hurdles in data transmission, cost, and the complexity of data transmission, Dennis Gabor, a Nobel Prize awardee for inventing holography said that it is possible to transmit documents via telephone wires but it would be so expensive and will never be a practical way.

While Arthur Summerfield said that a rocket would be a more viable option. If AT&T got discouraged we would still be delivering our documents manually through couriers.

“The ordinary ‘horseless carriage’ is at present luxury for the wealthy; and although its price will probably fall in the future, it will never, of course, come into as common use as the bicycle” quoted from Literary Digest magazine in 1899.

Even the president of Michigan saving bank advised Horace Rackham that “the horse is here to stay but the automobile is only a novelty — a fad.” good thing Rackham didn’t listen and bought stocks in Henry Ford’s Ford Motor Company which then designed the Model T automobile that makes half of the total cars in America in 1918, and the predecessor of our high tech cars to this day.

Thomas Edison, the inventor who was awarded 1093 patents in Us alone. Inventing the light bulb Edison ridiculed by Henry Morton, President of the Stevens Institute of Technology said that “the light bulb would be a conspicuous failure” even the British parliamentary Committee disregarded the entire idea and said that the light bulb was “good enough for our transatlantic friends, but unworthy of the attention of practical or scientific men”.

Well, look at us now, surrounded by light bulbs in every corner, Thomas Edison made the night livable for all of us.

These technologies on the list were ridiculed and laughed at while it was still an idea, but here we are surrounded by this technology and they become an integral part of our daily lives.

We all have ideas. It is just a matter of proving that your idea could be groundbreaking and useful like these technologies on this list.

I write on SEO, content marketing, latest technologies, and social media. You can find me online, or at home watching sci-fi movies, listening songs, or sleeping. In addition, my latest obsession is creating, collecting and organizing visual content on my new blog - Infopixi, to help bloggers, marketers, and businesses. Profile
1

5 Ways To Determine If A Website Is Fake, Fraudulent, Or A Scam